The hunts are a noble venatory art, with more than eight centuries old, it is a unique and incomparable way of hunting mountain cattle, and finds its hallmark in the indispensable participation of the rehalas as a differentiating element from the rest of the hunts practiced in the area. world. We can say that the rehala is the undisputed protagonist of the hunt and its identifying symbol, the one that gives it character and authenticity. 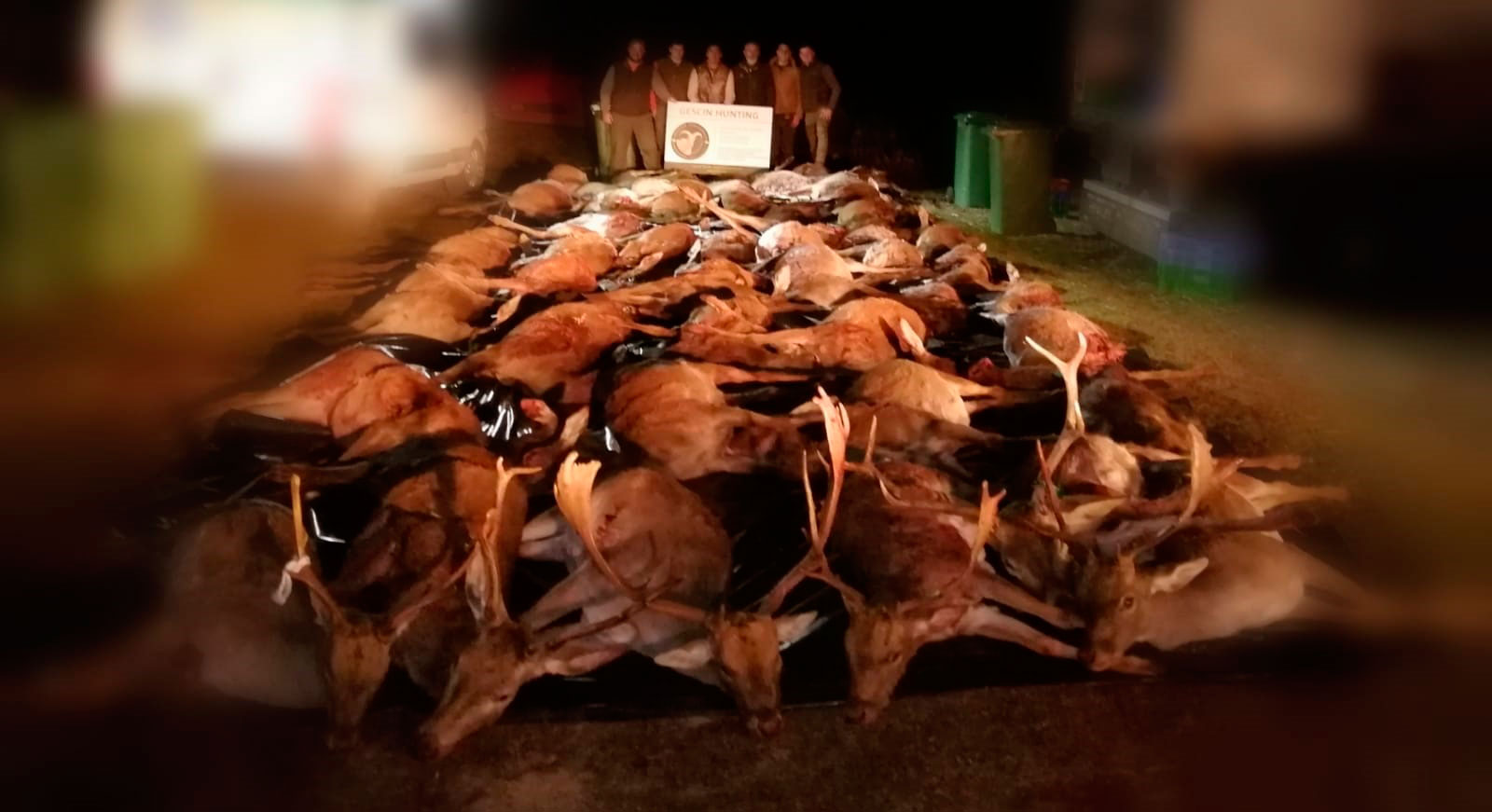 Strictly hunting, hunting consists of closing a certain extension of land, generally mountains or meadows, with a suitable number of hunters (hunters) stationed in places of passage and natural escapes of the cattle, to later carry out different releases of dogs. (rehalas or recovas) simultaneously with the purpose of beating the stain and lifting the cattle from their beds to bring them closer to the postures, where the huntsmen will try to hunt them down in their flight, which does not always happen, fortunately for all. 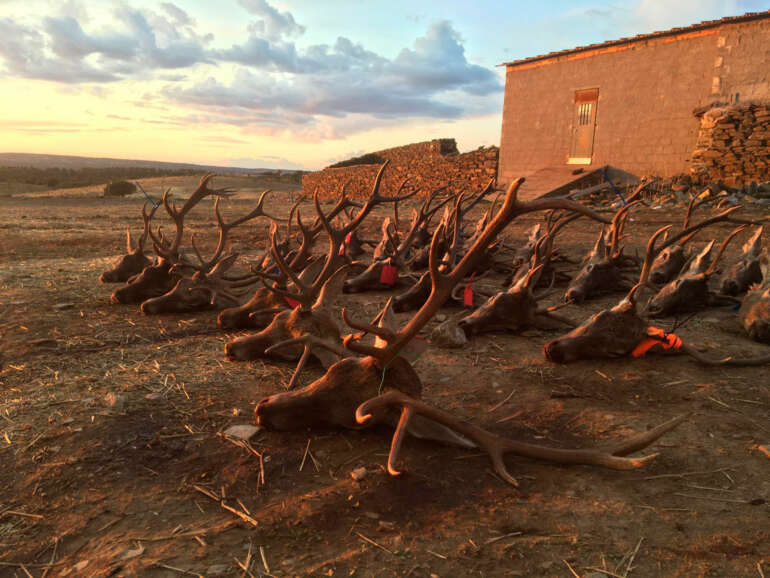 As a form of collective hunting that it is, the success of the montería lies in the work and good work of all those who actively participate in the hunt, from its preparation and organization to the hunt itself and the collection of cattle on the day of the hunt. .

For this reason, the results obtained after the hunting day must always be analyzed from the collective point of view and not at the particular level of one or another position. In montería, the success of one is the success of all and vice versa.

The montería triumphs if it meets the expectations that were had before the hunt and the day has also passed without incident; not because certain huntsmen have been more or less lucky in their position, with respect to the rest of their colleagues. In the same way, hunting “fails” not when certain positions have not had launch options, nothing like that, but when it does not meet the hopes created at a collective level or even given these, the organization and hunting have left much to be desired. want.

In montería, the “how much” is as important as the “how”, with ethics, respect and camaraderie being the main virtues that all participants must demonstrate both inside and outside the mount. Montero you have to be, feel it and look like it. 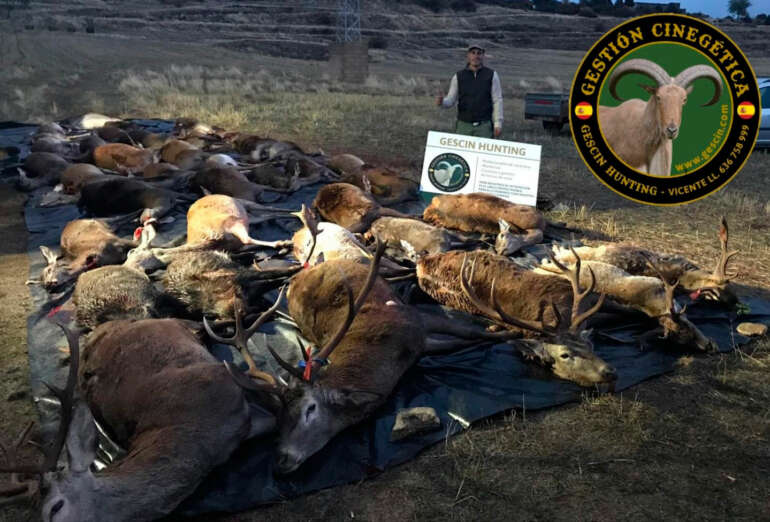 In montería, each person who intervenes in the day, whether hunter, organizer, guard, bidder, muleteer or perrero, has their share of responsibility and their role during the monteo. For this reason, everyone deserves the same respect and consideration, and good coordination among all is essential so that the day runs smoothly and the expected successes are achieved. The responsibility of coordinating all the participants in the hunt falls on the figure of the Captain of the hunt.

Finally, we must highlight the importance that hunting has at a social, cultural and economic level in the rural areas where it is practiced, since it is an irreplaceable and indispensable source of income for thousands of families. In addition, hunting is the best way to conserve our ecosystems and protected or endangered species. It is not in vain to remember that hunting activity in our country moves more than 2.8 billion euros a year and generates more than 50,000 jobs during the season.

How is deer hunting?

It is the largest of the wild herbivores of the Iberian Peninsula, with a weight that can reach 200 kilos, a length of up to two meters and a height at the withers of between one and one and a half meters.

It presents a clear sexual dimorphism, with the males being more voluminous and presenting horns most of the year (except between February and May, when they lose them). The females, on the other hand, are slimmer and lack horns at any stage of their lives.

The color of the coat is reddish during spring and summer and grayish during autumn and winter. Fawns have white dots on their coat.
The peninsular deer is recognizably smaller than the European deer from more northern latitudes. In addition, the peninsular deer lacks, unlike its European relatives, manes.

according to the horn

The antler evolves with age, serving to specify the name of the animal: varetos when they are younger and the antler has a single point and forks when they already have two points. The number of antler tips is not directly related to the age of the animal, but has to do with environmental and genetic factors.

The deer can be found in a wide variety of habitats throughout the Peninsula, from mountain ranges, to dense forests or meadows.

In Spain it is possible to see deer in the Pyrenees, the Cantabrian Mountains, the Sierra de la Culebra, Monfragüe and the mountains of Castilla-La Mancha, Extremadura and Andalusia, to name a few examples.

The mating period is in September and early October. Male deer mate with several females, for which they must first compete with other adult males. During this period of heat, the antlers reach their greatest development, the males fight by clashing their antlers and emitting great bellows in what is called the bellowing, which is easy to observe since their habits become diurnal and they become less fearful.

It feeds on young shoots and leaves, grass, bushes, mushrooms and sometimes crops. The effect of its presence in the undergrowth and in the buds of the trees is very appreciable. In areas where deer live, the growth of plant species is controlled naturally. Normally, in habitats where human presence is notable, their habits are nocturnal, with the exception of the mating season, with greater activity at sunset and dawn. In more remote regions with less human presence, their habits may be diurnal.
His only natural enemy is the wolf. In the Sierra de la Culebra, where the two species have always coexisted, the pressure exerted by the wolf over the years on the weaker specimens of deer has produced larger specimens than in other Spanish regions. 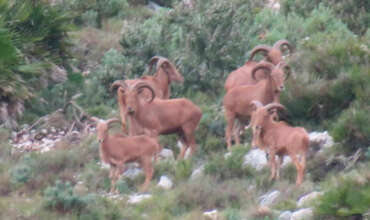 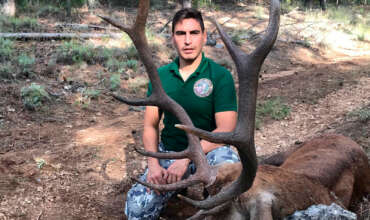